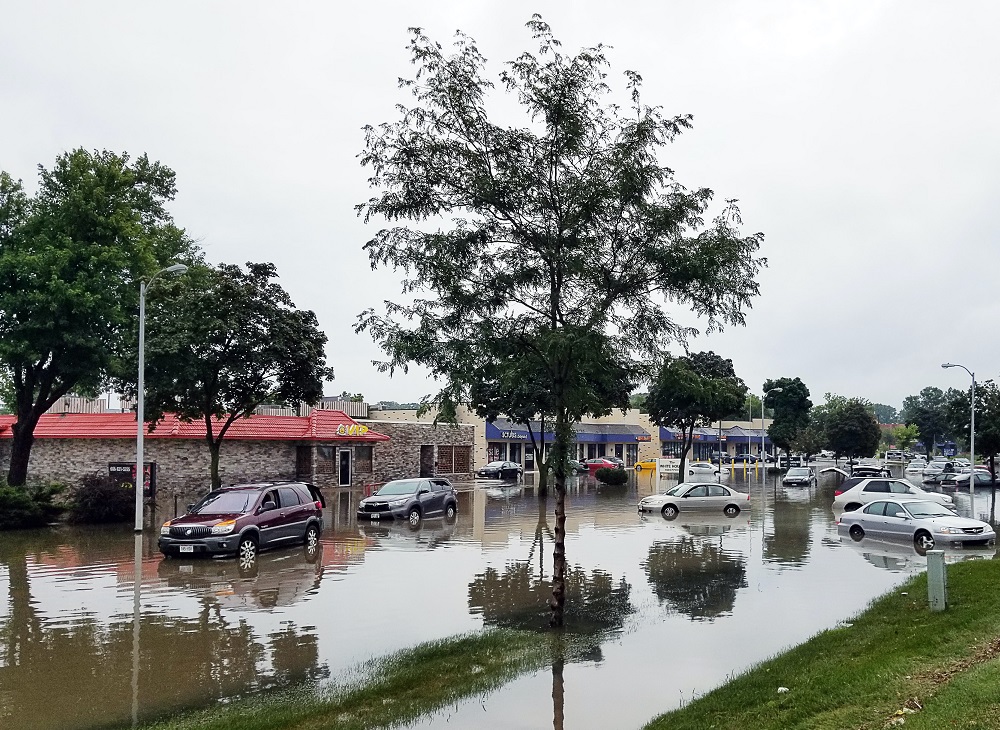 More than 12 million homes and one million commercial buildings in the US are now at risk of being badly damaged by flooding.

A new report also reveals that 25% of the country’s critical infrastructure – that’s 36,000 facilities including airports and hospitals - is at risk of being shut down due to flooding.

It also says 2 million miles of roads – almost a quarter of the nation’s roads - are also at risk of flooding.

It makes grim reading, especially as it’s well known that flooding is already the most expensive natural disaster in the United States, costing the country more than $1 trillion in damages since 1980.

Climate change means the flooding is set to get even worse.

Matthew Eby, founder and executive director of the First Street Foundation, said: “As we saw following the devastation of Hurricane Ida a few weeks ago our nation’s infrastructure is not built to a standard that protects the level of flood risk we face today, let alone how those risks will grow over the next 30 years as the climate changes.”

The report is the first ever nationwide flood resilience report that drills right down to community level and highlights the flood risk for every county and city across the US.

People can learn about the risk to themselves and their communities for free at the First Street Foundation’s Flood Factor website https://floodfactor.com/

Dr Jeremy Porter from the First Street Foundation said: “Our work aims to determine the amount of flooding that would render infrastructure either inoperable or inaccessible. By applying research on depth thresholds and comparing them to flood data and probability metrics we can determine roughly the extent of flooding that would cause a road to be impassable to cars or a hospital to be shut down.”

The future looks to be very challenging with flooding to keep on getting worse. The First Street Foundation says that over the next 30 years the impact of climate change will mean an extra 1.2 million homes, 66,000 businesses, 63,000 miles of roads, 6,100 pieces of social infrastructure and 2,000 pieces of critical infrastructure will also have a flood risk that would make them inoperable, inaccessible or impassable.

Flood damage is usually exceptionally expensive but this can be mitigated by organising your own flood protection.

Before they are activated FloodSax® – also known as flood sacks or flood bags - resemble pillowcases and are incredibly lightweight, amazingly weighing just a few ounces yet once expanded a row of standard 500mm by 450mm by 200mm FloodSax® are strong enough to stop a powerful torrent of water in its tracks. Each row of FloodSax® will keep around 20cms (8ins) of water out and have proved themselves as flood barriers time and again worldwide.