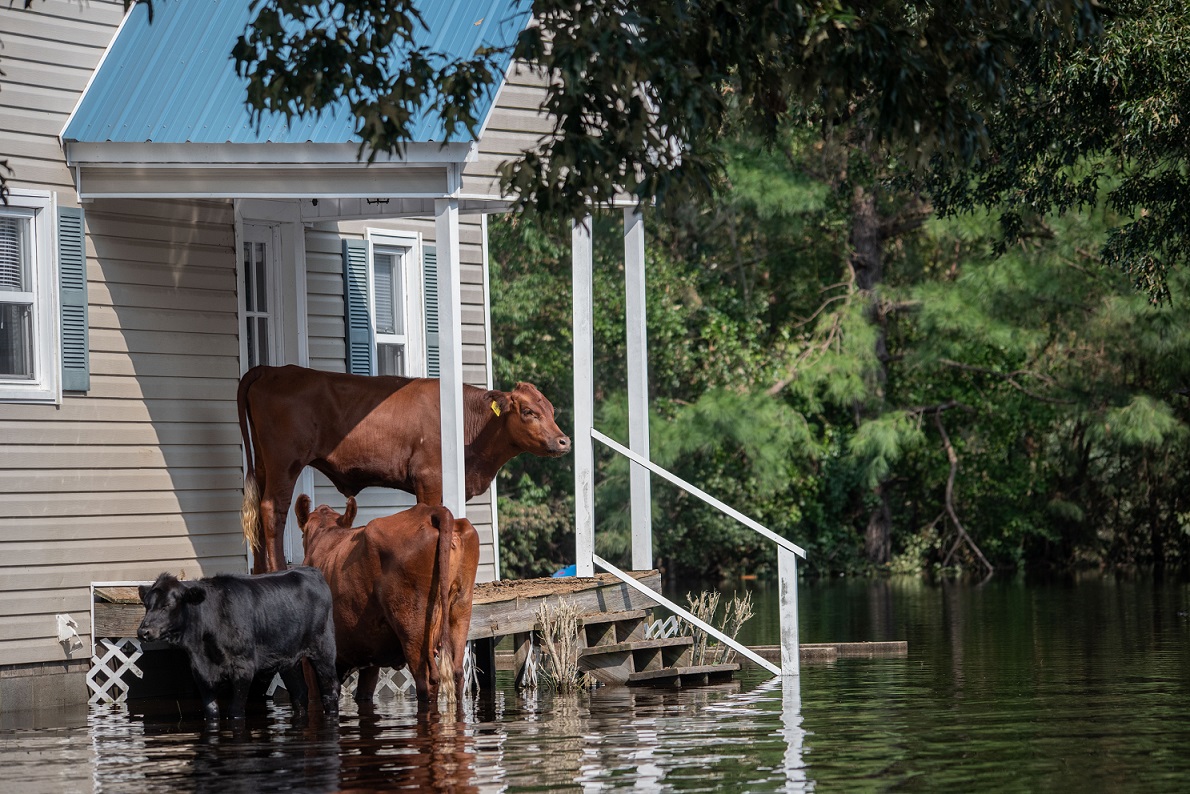 Millions of homes in the USA are at a severe risk of flooding – way more than federal government estimates, a report has revealed.

And US homeowners now face £18.8 billion in flood damage every year with the figure set keep on rising.

The report is by the First Street Foundation, a non-profit US organisation dedicated to making climate risk more transparent and well-known for releasing a flood database for almost every property in the USA which found that 14.6 million homes face a high likelihood of flood – that’s 6 million more than the federal government designates in its severe risk zones.

First Street Foundation now says flood insurance premiums set by the federal government for homes in flood-risk areas would cover less than one quarter of the potential damage.

Part of the reason is that the maximum pay-out under the federal flood insurance program is $250,000 but the cost of the damage to the most expensive homes could be far greater.

The figures are revealed in a story on business and financial news website Bloomberg (https://www.bloomberg.com/graphics/2021-flood-risk-financial-cost/) which also says that, according to First Street’s data, the severe flood risk includes many in wealthy enclaves such as Miami Beach and Bainbridge Island off the coast of Washington.

Matthew Eby, executive director of First Street, said: “The pricing for these high-risk homes is not commensurate for the risk they carry. Our data shows exactly where the price of insurance needs to be dramatically increased to cover the economic risk that flooding poses today and into the future.”

Climate change seems to be making flooding worse. A recent study by Stanford University in California found that severe rainfall caused by climate change contributed to a third of flood damage over the last three decades, amounting to around $75 billion.

Bloomberg reports that most private insurers pulled out of the flood insurance market decades ago leaving the National Flood Insurance Program, run by the Federal Emergency Management Agency (FEMA), to manage 95% of residential flood insurance policies.

The program is underfunded and in major debt largely because it under-charges for premiums and has been looking to change the way it evaluates flood risk and charge higher premiums.

First Street’s flood database means people can look up nearly every individual address nationwide to assess the risk of a property flooding as it exists today and — crucially for homeowners — how that threat is likely to change over the next 30 years. To find out more go to https://firststreet.org/flood-factor/

Bloomberg reports that First Street’s analysts calculated premiums for homes both inside and outside the zones currently designated as severe flood risks by FEMA.

Homes inside those zones that have federally-backed mortgages must buy flood insurance while homes outside those government-drawn boundaries have the option.

The government doesn’t reveal which homes actually pay for the insurance so it’s impossible to know how many of the 4.3 million homes eligible for the highly subsidized insurance are covered by it.

Flooding can happen anywhere at any time, even if your property is not located in a flood plain.

Pipes can leak inside homes and businesses and, as we have seen recently in New York, freak storms can cause flash flooding.

Flood damage is usually exceptionally expensive but this can be mitigated by organising your own flood protection.